Angkor Temple consists of four corridors in the southeast and northwest (each wing is divided into two wings), the West Gate Road, the main entrance, the triple cloister and five spires centered on the central minaret of the main hall. The spires on the top of the tower are said to represent "heaven". The steps are steep and slippery. They can only climb up and down with their hands and feet, allowing believers to experience the hardships of the road to heaven during the climbing process. In the previous step, there was no handrail. In 1973, a French female tourist fell to death and her husband mourned to donate money on the side of the steps to avoid the recurrence of the tragedy. From this side of the ladder is also known as the "love ladder."

The perfection of Angkor Wat in architecture and sculpture makes it a symbol of Angkor's monuments and even the whole country, and appears on the national flag of the Kingdom of Cambodia. The ancient working people of Cambodia used the basic principles of architecture in the construction of Angkor Wat, using the principles of perspective and symmetry to make people see the whole picture at a glance. In addition, the Angkor Temple is built with stones weighing 8 tons each. Without the use of mortar or other adhesives, the craftsmen simply stack them by the weight and shape of the stones. It can be learned from the Cha Cha Temple that the Angkor Wat was first piled up and carved.
お正月旅行年越しに行きたい旅
投稿：2018年12月20日
関連のあるTripメモリー 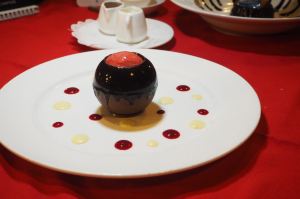 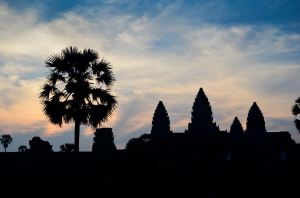 アンコールワット
The importance of Angkor Wat to Cambodia is evident from the national flag. As the world's largest temple and the world's first Khmer-style building, Angkor Wat has become a symbol of Cambodia. Angkor Wat is a collective name for a whole group of buildings. The largest and best preserved one is Angkor Wat, also known as Angkor. Angkor Wat is a mausoleum built for the king of Zhenla. Because he believes in Buddhism, the architectural style of the mausoleum is of Buddhist art in the Khmer ethnic style. The temple, stupa and its ancillary buildings of Angkor Wat are connected by stairs, handrails and colonnades. They are the main Buddhist holy places in Southeast Asia. It is also known as the Great Wall of China, the Indonesian Borobudur, and the Sanchi Tower of India. The everlasting cloister of Angkor Wat, the dark brown spire of Takamatsu, makes people feel awe-inspiring and gives rise to awe. The story behind the building is even more fascinating. The sun's afterglow sprinkled on the mottled wall, as if illuminating the road to history. Walking through the majestic dark brown building, it seems to cross back to Angkor. Is there any unexpected landscape suddenly appearing in the endless corridor? In an inadvertent moment, the sun slanted into the hidden corner, and the mysterious Angkor smile became clear and imaginative.
SteveWang 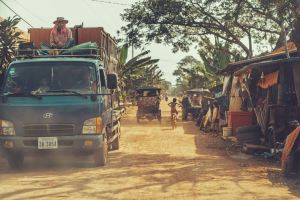 トンレサップ湖
Generally speaking, Tonle Sap Lake will choose these three port villages to board the ship. The two places above, because they are closer to the city of Siem Reap, the business atmosphere is heavier, the luck is not good, and the money is happening. The bottom right corner of Kampong Khleang is recommended by the Siem Reap charter master. There are very few tourists and the folk customs are simple. I am very happy to recommend more roads and feel the real caves.
旅物語
クールな旅体験
銀幕に映える旅
Renyuan_Taishan 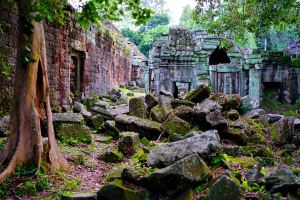 プリヤ・カーン
The most favorite of the entire Angkor monument is the Temple of the Sword, no one, the gravel is desolate, but the building is full of moss and infinitely vital, and most of the buildings that are entangled by the ancient trees are not collapsed. It is simply Wu. The concentration of the major attractions of the Gago is strongly recommended.
インスタ映えの聖地
YAO SHUN 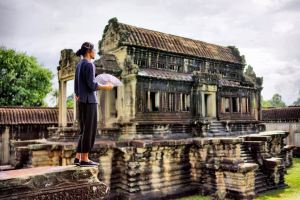 アンコールワット
World Cultural Heritage Angkor Wat is popular all year round, and tour groups from all over the world are full every day, on how to make a big film in the crowds. The selfie is actually very simple, and the tripod can be fixed with a wireless shutter.
インスタ映えの聖地
YAO SHUN 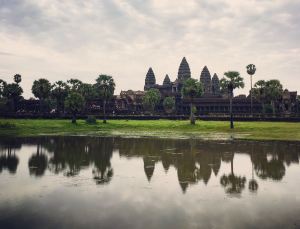 アンコールワット
I didnt think I would come to Cambodia at the time, but I didnt even think about going to Angkor Wat... As one of the Seven Wonders of the World, Angkor Wat has a unique charm. Every slate and ancient wall seems to be exuding a kind of Breath, even if you dont see the heyday of the Angkor dynasty, these historical sites are enough to make us marvel at the world...
Kris Yang 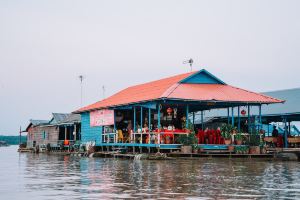 トンレサップ湖
The legend of Tonle Sap is the "lake of life" in Cambodia. In the tourist attractions of Cambodia, it is a relatively controversial place. I like to say that it is picturesque at sunset, the people on the water are distinctive, and the exotic style is very strong. I dont like it, it says that it is dirty and slain, the lake is stinking and backward. poverty. In fact, no matter what others say, only the immersive and serious experience of the beauty, feel the local customs, everyone will have a different sentiment. For me, this is a place that Cambodia has surprised me. There are a lot of beautiful villages floating on the lake. We came here by mistake. The locals took a boat and took us from the village to the lake center to watch the sunset. It was awesome.
卒業旅行
My_Travel_Vest 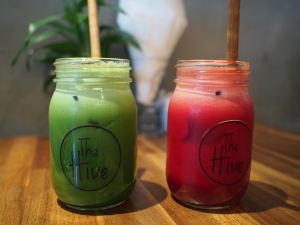 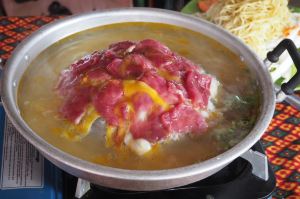 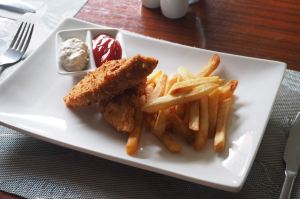 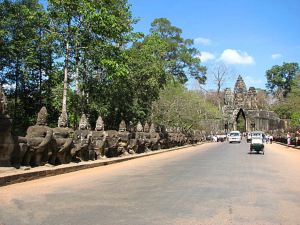 アンコールワット
Bayu Temple is a representative of Cambodian architectural art. From a distance, Bayu Temple is a bit like a pile of rocks. When approached, it is found that the temple is divided into three layers, with a unique structure and a steep layer. Do you feel that people are staring at you? Yes, Khmers smile is far more than this one. There are 54 stupas in the temple, a total of 216 smiling faces, most of them. They are all squinting, some are splendid, some are slightly sad, some are peaceful and peaceful, some are slightly ups and downs...
クールな旅体験
旅のお役立ち情報
Jordy Chow